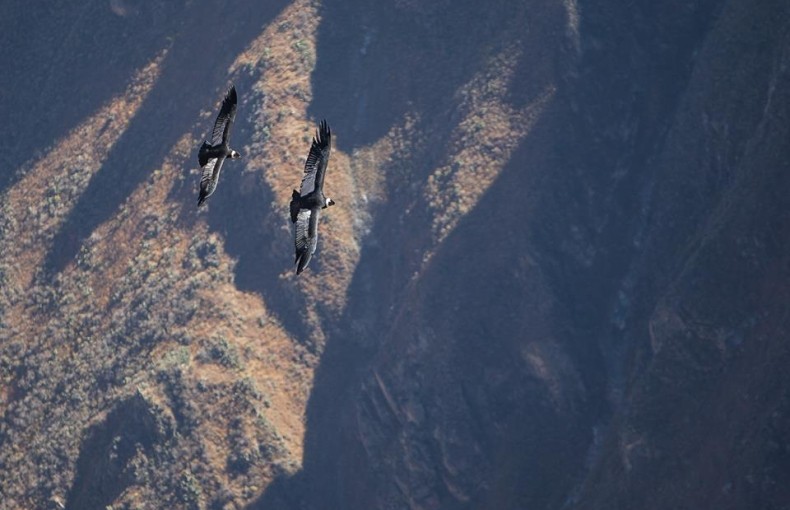 Insider’s Tip: Did you know that it is possible to watch the majestic Andean condor a mere five hours from Cusco? We didn’t either until one day we decided to explore the mountain just behind our lodge in Limatambo. 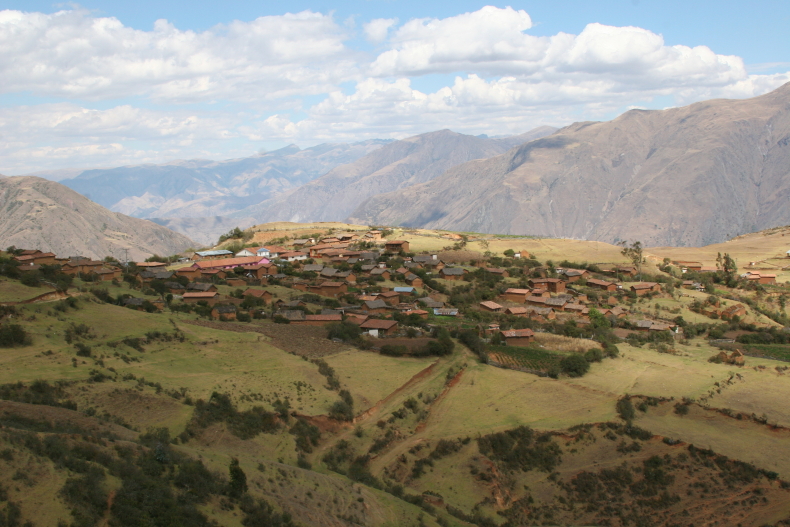 Climbing lonesome winding dirt roads with our old VW beetle we ended up two hours later in Chonta (although only a short distance away as the crow flies), one of those picturesque Andean hamlets that has a melancholic aura reminiscent of other times with its traditional adobe buildings with animal enclosures and small back gardens and some straw thatched roofs. The place is perched right on the edge of the mighty Apurimac canyon, through which the mighty Apurimac (‘the god that speaks’) river flows.  A two-hour hike on a mountain trail through breathtaking sceneries led us to the panoramic viewpoint where we were more than rewarded with even more spectacular views of the deep gorge and the mountains around.  Some eight individual condors were soon soaring upwards, coming closer and closer, some gliding only a few meters over our heads. Words cannot describe the euphoric feelings and sense of joy and love that overwhelmed us on coming so close to this beautiful and majestic bird, the guardian of the Hanaq Pacha, the Andean upper and outer world, the cosmos at large.

The Andean condor [vultur gryphus], kjuntur in Quechua, is the largest of the New World vultures with a body weight of up to 15 kg. Unfortunately it is becoming more and more endangered, mostly due to habitat destruction (one of the major problems they encounter are the high tension electrical cables that they often get entangled in). The condor can reach a wingspan of up to 3 meters. Thermal winds may transport the condor for many miles, from the coast up to the highlands.

We had sighted condors in different places of the Andes before, sometimes in the highlands and sometimes on the desert coast. Occasionally we have even sighted them at Machupicchu. But in no other place in Peru have we been able to watch them so consistently (obviously due to the fact that they roost nearby), other than in the Colca canyon. The difference is that there is no road leading to the viewpoint of Chonta, which gives the journey there a very exclusive character and an opportunity of a much deeper communion with the Pachamama, our Earth Mother or Mother Nature, a really unforgettable experience!

We love to share this beautiful experience with our guests. This journey can be done as a grueling day trip from Cusco, but it is well recommended to stay the night at the comfortable Andean Spirit Lodge, where you may enjoy delicious vegetarian food and an evening by a cozy log fire. On the way back to Cusco the next day you may also visit the little known Inca ruins of Tarawasi and Killarumiyoq.

For more watch our video: